Posted on September 28, 2016 by Deutschland in der Welt

Since August 2010 the Royal Danish Navy has been vital part of  NATO Operation Oceans Shield.  Its participation has been by troops, military aircraft and vessels including:

Earlier this month on September 12, Danish Vessel HDMS Absalon has rejoined the Standing NATO Maritime Group 2 in the Mediterranean Sea. This is not the first time that the support Ship Absalon has been deployed for the NATO Operation–the Vessel has been also before part of NATO Oceans Shield in 2010.

In the next article we will continue on Royal Danish Navy and one of its astound hostage rescue Operation in the counter-piracy. 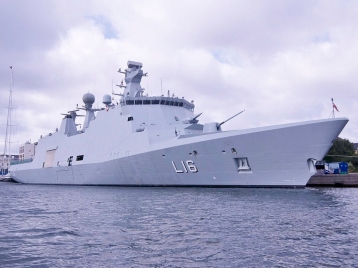 This entry was posted in The US-European Armed-Forces, US-European Leadership. Bookmark the permalink.