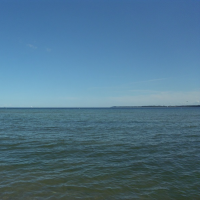 Dear viewers/readers Please know that there several fake blogs that have  published quotes from me,  those quotes are not mine.  They are Illegal, FAKE/ Spams.  Also the blogs that offer downloads of my books are Illegal containing malwares. We have already informed the authority and law-enforcement about it. Director, Editor in chief, Catherine Stella Schmidt

Dear readers, visitors, The work of the original website ‘Deutschland in der Welt’  has been stopped since 2017 for certain reasons. We are in the process of reconstructing the platform with a new website that could present Europe ‘Europe in the World’.  Please visit us later again. Thank you for your patience and understanding.

Career at the UN-2

Peace In a globalised world, the international community is being called on more than ever before to work together to address conventional and new security challenges. Germany is a reliable partner in this endeavour. It has contributed both personnel and funding to peace missions for almost 30 years now. Conflict prevention, stabilisation, post‑conflict peacebuilding and arms control are among the pillars of German foreign policy. June 27, 2016 © Federal Foreign Office Speech by Foreign Minister Dr. Frank‑Walter Steinmeier to announce Germany’s candidacy. News from Federal Foreign Office  … Read more Germany for the UN Security Council 2019/20 – Peace →

Canada and Europe united to defend Human Rights and Refugees

Europe Stands United with the close Relations with the U.S and President Trump

In the inauguration ceremony of President Donald Trump–all  European Ambassadors in the United States attended the ceremony and published their best wishes on their websites/twitters. On the same day almost… Read more Europe Stands United with the close Relations with the U.S and President Trump →